Ming of Harlem – A Wild and True Parable of Christian Discipleship

A man named Antoine Yates is brought to an emergency room in Harlem with severe gashes and bite marks on his arm and leg. He is screaming in pain but manages to explain to emergency services that he had been attacked by a Pitbull dog. The doctors examine the wounds and suspicion becomes certainty in their minds when they see the cut on his leg goes all the way to the bone. This was no Pitbull attack. They contact the authorities.

Police approach Yates’ apartment and know something is off. The smell is overwhelming, and they hear something big moving inside. An officer cuts a small hole through the door to get a look. They look inside to see a 500-pound Bengal tiger staring back at them. 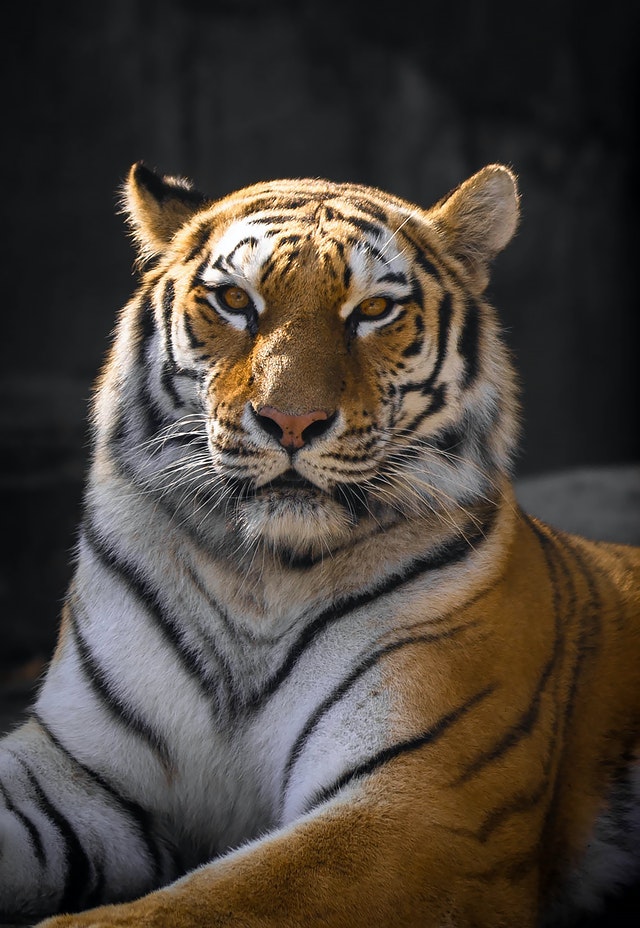 Police and city officials interview Yates, and the story comes out bit by bit. Yates, a part-time taxi driver, had been living with and raising “Ming” for the past 3 years. It had all begun when Ming was just an adorable newborn tiger cub. Yates quit his job and stayed home with the tiger for 23 hours per day. He fed Ming from a bottle, then graduated to ground meat, then 20 pounds of meat and bones per day for the rapidly growing apex predator. Yates never went back to his job.

And for three years, everything was fine in a surreal sort of way. Yates describes life as being constantly together with his best friend. There was never any drama, no violence, nothing to worry about. Just an ever growing, ever more powerful Bengal tiger sharing every hour of the day with him.

Then, one day, a housecat wandered through the kitchen while Ming was there, and the beast exploded into terrible, instinctual action. Yates made the mistake of trying to stop Ming; but Ming was no longer the tiny cub he had been. Yates’ feeling of control was only an illusion, shattered by the truth revealed through the most minor of crises.

They Grow Up So Fast

A newborn tiger cub is really no threat to a grown human. If I had one next to me, I would know that I could pick it up, put it where I wanted it to be, even kill it with my bare hands. I am in control.

You can imagine how this happened. Each day the tiger was imperceptibly larger. Each day their bond grew closer. The idea of being separated became distasteful, then impossible.

I can’t help but wonder what tiger cubs we have invited into our lives. Things that feel great, that look harmless. Things we nurture in our lives and find appealing. Things that grow to take over more and more of our lives till they become more powerful than ourselves, but we still think we’re in control.

Our Crisis And The Tiger’s Reaction

The COVID-19 pandemic has certainly been a global stress test! The test has shown mixed results…

Our lives have been blessed by ministering in a “higher and holier way,” the Come, Follow Me curriculum, and home-centered, Church-supported gospel learning. Many have provided compassionate help and comfort during these difficult times and continue to do so.

Yet, in some instances, the spiritual stress test has shown tendencies toward contention and divisiveness. This suggests that we have work to do to change our hearts and to become unified as the Savior’s true disciples. This is not a new challenge, but it is a critical one.

When the Savior visited the Nephites, He taught, “There shall be no disputations among you. … He that hath the spirit of contention is not of me, but is of the devil, who is the father of contention, and he stirreth up the hearts of men to contend with anger, one with another.” When we contend with each other in anger, Satan laughs and the God of heaven weeps.

You likely have seen this in action. People who were basically normal, compassionate, kind, and even keeled were transformed under the crisis of the global pandemic. Kindness became anger. Compassion became outrage. Discipleship became disobedience and justification.

I suggest that they, like all of us, had invited tigers into their lives and didn’t realize they had grown large enough to take control under the right circumstances. Tigers such as political views, selfishness, social media, and fear.

I, like you, can think of people I’ve seen become slowly more and more absorbed into a pet topic or activity. Feeding the small tiger cub till it takes over more and more of their perspectives, thoughts, and choices.

I can’t help but think of Facebook and other social media outlets. These channels reenforce self-congratulations which leads to outrage, close-mindedness, and doubling down on perspectives. As more and more people spend more and more time feeding their views, the more important those views become to them.

The global pandemic served as the housecat in the kitchen. It wasn’t long before the tigers we fed over the past few years sprung into action, taking up more importance in our minds than anything else. Civility? Not when the other person attacks my political views! Kindness? Sure, it’s great but everybody knows the other side is hoarding supplies, burning down cities, and wants to kill us. Obedience? Absolutely, as long as you don’t ask me to do something that the “other side” has indicated they support.

The tigers consumed the Christian qualities we worked to establish in ourselves. As Elder Renlund puts it: “If I am quick to take offense or respond to differences of opinion by becoming angry or judgmental, I “fail” the spiritual stress test.”

What Do We Do If There’s A Tiger In The House?

Elder Renlund offers a solution-a way to kick out the tigers we’ve been feeding too long:

After the Savior’s visit to the Americas, the people were unified; “there was no contention in all the land.” Do you think that the people were unified because they were all the same, or because they had no differences of opinion? I doubt it. Instead, contention and enmity disappeared because they placed their discipleship of the Savior above all else. Their differences paled in comparison to their shared love of the Savior, and they were united as “heirs to the kingdom of God.” The result was that “there could not be a happier people … who had been created by the hand of God.”

Unity requires effort. It develops when we cultivate the love of God in our hearts and we focus on our eternal destiny. We are united by our common, primary identity as children of God and our commitment to the truths of the restored gospel. In turn, our love of God and our discipleship of Jesus Christ generate genuine concern for others. We value the kaleidoscope of others’ characteristics, perspectives, and talents. If we are unable to place our discipleship to Jesus Christ above personal interests and viewpoints, we should reexamine our priorities and change.

What are some of the things that supplant discipleship-the tigers we might be feeding without realizing it? I can think of a few. Political loyalties, nationalism, social identity, professions, alternate worldviews, our talents & skills, and more. All of these can be amplified and made more powerful by social media.

I genuinely worry about social media. Can we hope to honestly reexamine our priorities, choose discipleship and change when we immerse ourselves in communities that reinforce the message that we’re in the right and it’s the rest of the world that needs to change? Will we go crawling back to these channels again and again as we seek that feeling of belonging and love? Will we say, “I’m different, I’m not influenced, I’m special?”

Antoine Yates begged the city to give him back his tiger. He defended the tiger, saying it didn’t really attack him, and that his wounds were not that bad. Even today he says, “My relationship with Ming was beautiful. You couldn’t pay me $10 million to erase [it]. Our bond was unique, it was different.”