The “Whys” Behind Commandments

When it comes to figuring out the “why” behind commandments we enter a very strange land. It’s odd because it’s a place where everything seems to become subjective, and where every seemingly hard-and-fast rule has exceptions. It’s a place where simple commandments like “don’t drink tea” begin to devolve into thousands of clauses like “but what about green tea? What about chrysanthemum tea? What about cooking with tea? What about this very healthy tea I heard about? What about tea extract?”  Once you define a “why” behind a commandment beyond what the Lord has revealed, no matter how well intentioned, you’ll soon find flaws behind it and be more easily led astray by the sophistry of those who wish you ill.

A notorious example is the prohibition against coffee in the Word of Wisdom. Too many of we saints said “It must be because of the caffeine.” In an effort to keep to the commandment we let that “why” behind the rule against coffee also push us into avoiding caffeinated sodas, or medicines which use caffeine. It didn’t take long, of course, for critics to respond with things like “what about chocolate? Why don’t you stop eating that?” and finding every single substance in the world with caffeine that a person might eat or drink in an effort to shame the believers, and increase doubt over the importance of keeping the commandments, and the inspiration that reveals them.

For those who rely on a “why” behind a commandment, it’s all to easy to give up keeping it once you find an exception to the why.

How We Use Our Power. 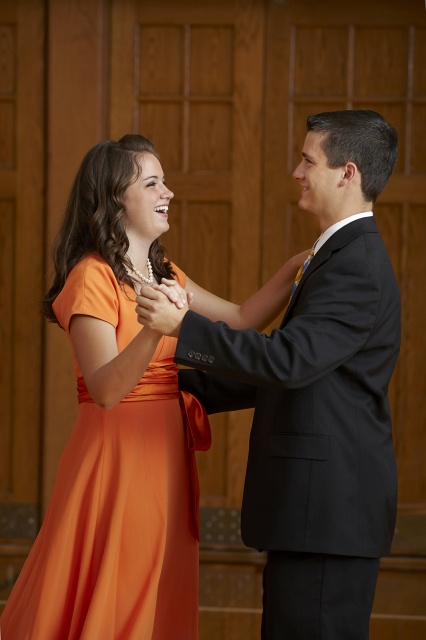 The law of chastity is another good example of this. If we start to assume the reasons – the “why” – behind the commandment, we will soon find philosophers and critics who only want to sow doubt in our minds who bring up exceptions to our reasoning. We hear them every day. “We need to know if we’re sexually compatible,” or “There’s no risk of pregnancy so why not?” or “I’ve already broken this commandment once, so why not again?”

Jeffrey R. Holland, then president of BYU, pointed this out as he examined the temptations of Christ with his audience:

“there is another, more subtle tactic used by the primeval turncoat which is not so violent, not so vengeful, and at first glance not so vicious. But, ah, there’s the rub. Because Christ and his disciples—Satan’s most important and necessary targets—would never seem to be attracted by flagrant, raging wrongdoing, this second approach becomes all the more sinister. It comes in the siren’s song of convenience. It is, in the parlance of your day, “laid back.” It says to every would-be Messiah—“Enjoy!” Its anthem might well be from Diana Ross—“Ease on Down the Road.” Surely fluttering somewhere over the highway to hell is the local chamber of horrors banner reading, “Welcome to the ethics of ease.”

“Then Jesus was led up of the Spirit, into the wilderness, to be with God.
And when he had fasted forty days and forty nights, and had communed with God, he was afterwards an hungered, and was left to be tempted of the devil,
And when the tempter came to him, he said, If thou be the Son of God, command that these stones be made bread.
But Jesus answered and said, It is written, Man shall not live by bread alone, but by every word that proceedeth out of the mouth of God.

“Here Jesus experiences the real and very understandable hunger for food by which he must sustain his mortal life. We would not deny anyone this relief; certainly we would not deny the Son of Man. Israel had its manna in the wilderness. This is Israel’s God. He has fasted for forty days and forty nights. Why not eat? He seems ready to break his fast, or surely must soon. Why not simply turn the stones to bread and eat?” [emphasis added]

In the world of secular philosophers, it makes perfect sense to say “I’m done fasting. I might as well use the power I have to do the thing I want to do. There is nothing evil about it. It is simply how things are. The commandment to fast does not preclude me from using my power to create bread, so I will.”

But, of course, that narrow, secular perspective misses out on the whole point of having an elevated view of reality and of our goals for life. How we choose to act and the commandments we choose to obey aren’t actually based on secular law or reasoned rightness or wrongness or scientific consensus. We don’t define the “why’s” behind the commandments we receive, but rather we choose to fulfill them as completely as we can because of who gave them. President Holland continues:

“The temptation is not in the eating. He has eaten before, he will soon eat again, and he must eat for the rest of his mortal life. The temptation, at least the part I wish to focus on, is to do it this way, to get his bread—his physical satisfaction, relief for his human appetite—the easy way, by abuse of power and without a willingness to wait for the right time and the right way. It is the temptation to be the convenient Messiah. Why do things the hard way? Why walk to the shop—or bakery? Why travel all the way home? Why deny yourself satisfaction when with ever such a slight compromise you might enjoy this much-needed nourishment? But Christ will not ask selfishly for unearned bread. He will postpone gratification, indefinitely if necessary, rather than appease appetite—even ravenous appetite—with what is not his.”

Then, connecting the scripture with sexual transgression, President Holland  points out that, yes, sexual behavior is both natural and appealing, and the disciple’s response to these urges:

“This highest of all physical gratifications you were designed and created to enjoy. It is as natural as it is appealing. It is given of God to make us like God. And Satan has certainly capitalized on a divinely ordained appeal. But it is not yours without price. Not instantly. Not conveniently. Not with cozy corruption of eternal powers. It is to be earned, over time and with discipline. It, like every good thing, is God’s right to bestow, not Satan’s. When faced with that inherent appetite, a disciple of Christ must be willing to say, “Yes, but not this way.””

Keeping the commandments, even those which don’t make sense to us right away, is how we recognize whose right it is to issue commands, and our own priorities and goals. The ‘natural man’ part of us very naturally wants to know why and wants to have all the details. The secular world even tries to reframe what God has decreed as sin by saying “It’s natural.” Just like eating bread is totally natural. But whether something is “natural” or not, whether it is “wrong” from the perspective of another person or not, we choose to follow the commandments of God through discipline and sacrifice with an aim that is higher than the low bar of “it’s totally natural.”

I don’t know the why behind the prohibition on homosexual behavior. I also don’t know the why behind no premarital sex, or coffee, or many other standards we adhere to as Latter-day Saints. Sure, I have some guesses, but I have to remember that those are just guesses, and so are the guesses of people outside of the church. We don’t keep the commandments because they’ve all been explained to us in perfect detail. We keep them because God has asked us to, and we wait for him to reveal the truth behind them in his time. This approach to discipleship can be frustrating because we may not know things we want to know, but it gives us tremendous blessings because it allows God to give us the guidance we need when we need it in the pattern of ongoing revelation instead of rigid, unyielding devotion to “reasons” for commandments that may have been flawed in the first place.

I personally believe some day we’ll understand the “why” behind the commandments, but I also recognize it probably won’t be until the perspective of the next life. Until then, I’ll keep following them, trusting that there is greater happiness and peace through obedience than through relying on my own reasoning or the reasoning of others.

I hope some of that has been helpful. I strongly suggest a listen to President Holland’s devotional. It’s a winner and contains principles which can be applied to many questions.